WINCHESTER, IN – On Friday, July 24, Randolph County Commissioners adopted a first-ever solar energy ordinance which includes a pollinator-friendly provision ahead of construction of Indiana’s largest solar farm. Riverstart Solar Park, developed by EDP Renewables, is set to be located over 1,400 acres in the southwest corner of Randolph county. Passed on a unanimous vote of 3-0 to welcome the $242 million project, the new ordinance includes a land stewardship provision requiring the groundcover of Riverstart and future solar farms in the county to be native meadow grasses and pollinator-friendly wildflower forbs and/or clover.

“The officials of Randolph County have created a win-win situation for their community and the environment with this ordinance. The acres of habitat that will be created will not only be beautiful but also have an incredible impact for wildlife and future generations of people in Randolph County” said Julie Borgmann, Executive Director of Red-tail Land Conservancy, who testified at a recent public hearing. 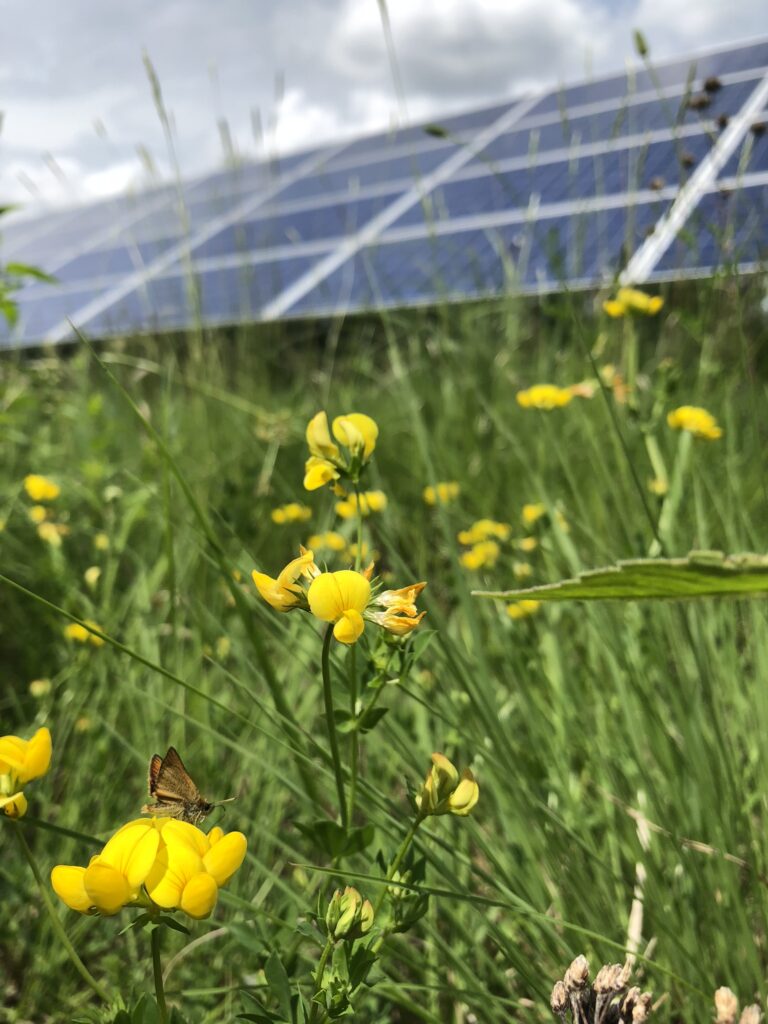 “A recent study found that more than 50,000 acres of our Indiana conservation lands—healthy habitat for wildlife—were converted to row crop fields over an 8-year period. During this same time the health of Indiana pollinators has plummeted. Native pollinator species numbers are lower than the number needed to pollinate crops and managed species, such as honey bees, experience greater than average losses each year (as many as 63% of colonies are lost annually in Indiana). Among the primary causes of pollinator decline is habitat loss.”

Conservation leaders also expressed support for Randolph County’s decision. Pheasants Forever and Quail Forever wrote in a letter of support, “Large-scale solar projects proposed in Indiana have, so far, overlooked a critical opportunity to provide additional—and urgently needed—agricultural and ecological benefits. We see a once-in-a-generation opportunity to encourage land use and stewardship practices that provide healthy food sources for beneficial insects and improve the quality of our precious Indiana soils.”

A national organization that accelerates the adoption of low-impact PV solar designs, including the use of pollinator-friendly ground cover, noted the significance of Randolph County’s decision. “EDP Renewables’ use of pollinator-friendly ground cover with this exciting 200 MW solar project for Hoosier Energy demonstrates the company’s community-focused values and considerable skill at embracing innovation,” said Rob Davis, Director of the Center for Pollinators in Energy at Fresh Energy, a nonprofit.

Randolph County’s new solar ordinance, and EDP’s upcoming Riverstart project, are indicative of broader trends in Indiana. “Solar is going to become an important part of rural Indiana,” remarked Jesse Kharbanda, Executive Director of the Hoosier Environmental Council (HEC).  “Such solar farms will not only produce pollution-free energy, but, with the right local policy in place, they will help to preserve soil and water and create habitats that benefit Hoosier wildlife. We know that other rural counties are formulating their solar ordinances, and HEC and our partners will be proactive and accessible in connecting these counties with resources and experts so that their farmers, businesses, and residents can reap the benefits of not only solar-produced electricity, but the many benefits of land stewardship best practices.” 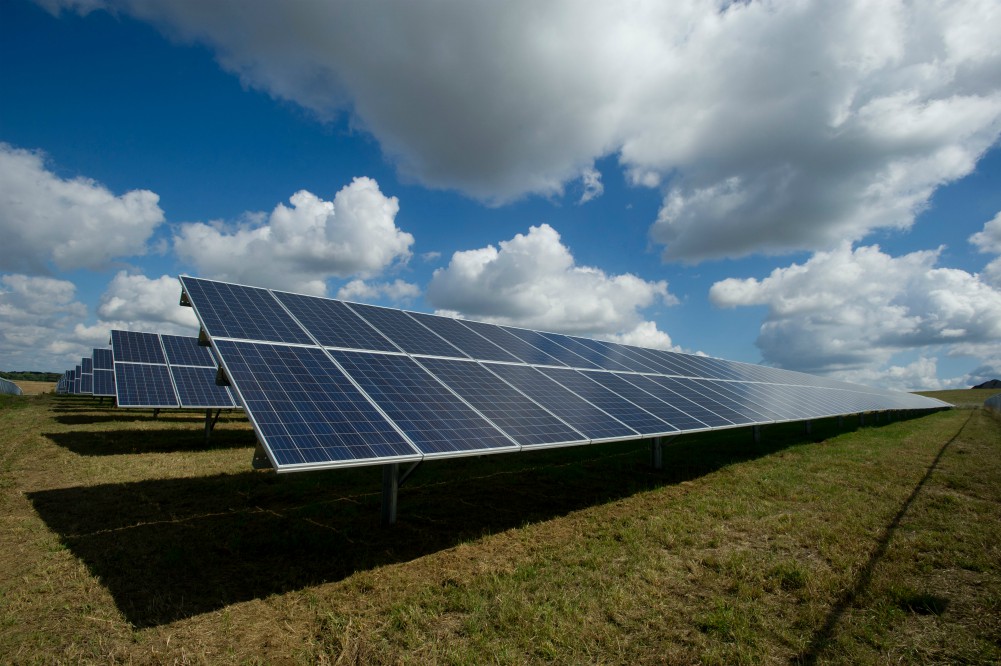 Earlier this year an association of northern Indiana counties published a guide on pollinator-friendly solar, and an Indiana-based energy analyst for EQ Research published a detailed report on the topic. In celebration of an 80-acre pollinator-friendly solar array being developed by Inovateus Solar, the City of Logansport officially proclaimed June 26 as “Bird and Pollinator-Friendly Solar Day.” The Indianapolis Star wrote in-depth about the project under the headline  “A Magical Solution: solar developers planting flowers that could help save butterflies and bees.” 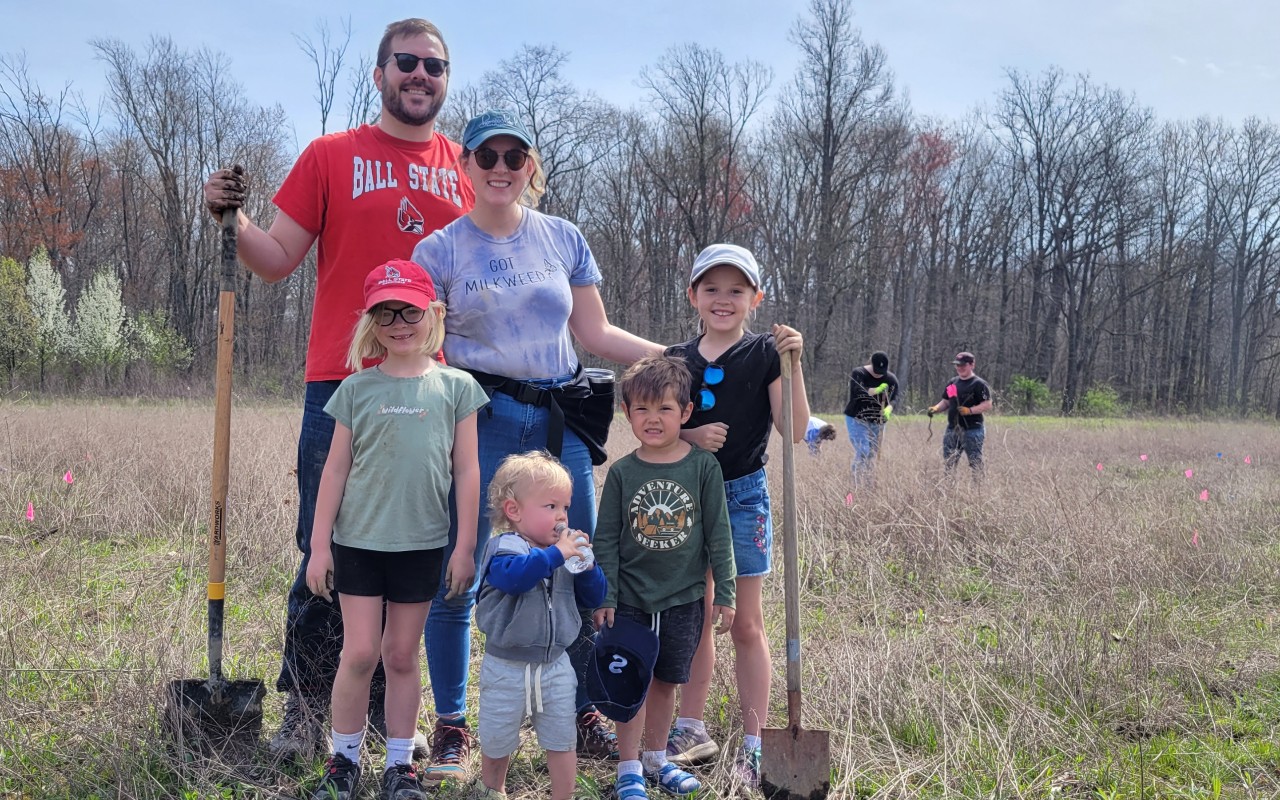 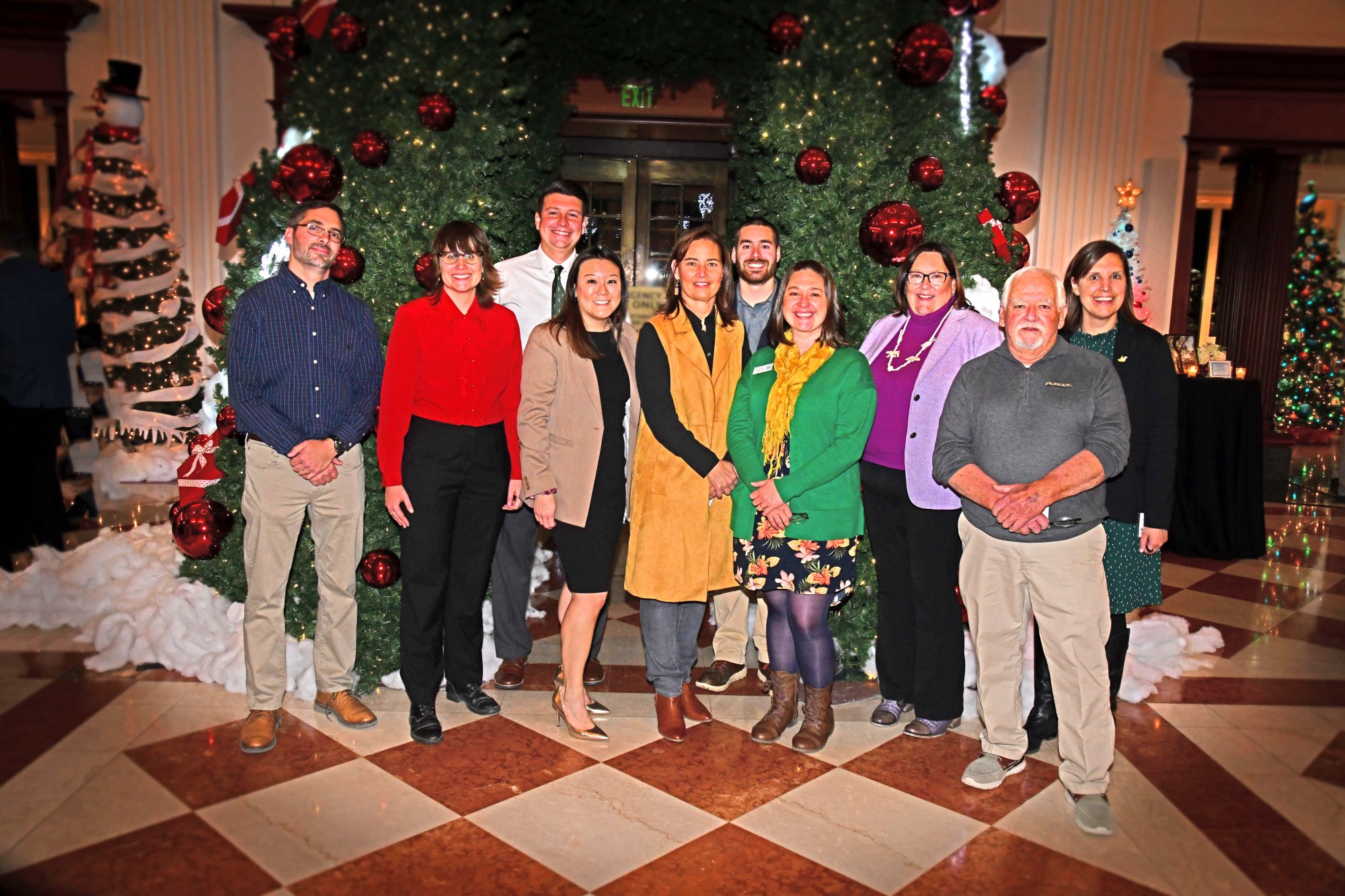 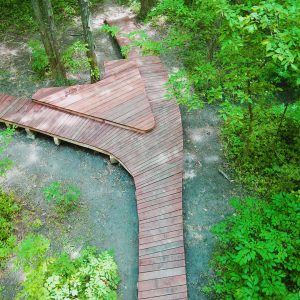