MUNCIE, Ind., April 22, 2022 – Indiana Michigan Power (I&M) and Red-tail Land Conservancy are partnering to continue environmental restoration efforts of Reber Woods, a vital natural habitat in Muncie, Ind. that is home to a heron rookery, wetlands, a fallow field and a mature forest.

“Reber Woods holds the potential to set the gold standard for quality ecosystem restoration in the area. This goal is achieved with partners like Indiana Michigan Power,” said Jake Gamble, Red-tail’s Stewardship Manager. “Through a willingness to work with Red-tail, the land, and its wildlife, Indiana Michigan Power is enabling the restoration of a beautiful nature preserve.”

Leaders with Red-tail Land Conservancy approached I&M about working together to help restore a former farm field that separates two strips of mature forest in Reber Woods. Most of the field is actively being planted with native trees to connect the two wooded areas. But part is under a pre-existing powerline easement where trees cannot be planted. That limitation hindered the new, developing forest from completely connecting the rest of Reber Woods.

If the easement were left unplanted, invasive plants and shrubs would fill in, resulting in periodic clearing and herbicide treatments. Instead I&M’s transmission and Environmental Specialists are assisting Red-tail to plant a specific blend of native grasses and wildflowers instead of trees. Though different from a forest, the grassland still provides a natural corridor for wildlife to safely move from one habitat to another. It also supports local and migratory animals with food, water, and shelter.

“When Red-tail reached out to see how we could help bridge the gap of these two forests, we were happy to help support a seed mix for the field that allowed for the continued safe operation of the power infrastructure and continued restoration of the habitat,” said Jennifer Walker, Environmental Specialist Consultant with I&M.

Once land like Reber Woods is protected by Red-tail Land Conservancy, it is preserved from urban development forever and undergoes stewardship and ecological restoration to create and maintain the health of wildlife habitats, a goal that I&M happily supports.

“While Indiana Michigan Power has focused on generating green energy, we know that environmental stewardship is about more than just the energy we create,” said Rob Keisling, I&M External Affairs Manager. “As committed environmental stewards, I&M is proud to partner with Red-tail to preserve and restore the natural resources in the communities where we work and live.”

Reber Woods is an ideal habitat for many local wildlife species including smallmouth salamanders, chorus frogs, barred owls, and the well-known Great Blue Herons. Great Blue Herons gather in large numbers each spring to build rookeries, a colony of nests in the highest part of large trees. The rookery in Reber Woods is one of the few in the Muncie area.

Reber Woods will undergo extensive restoration work and academic study for the foreseeable future. To protect the young, sensitive plants and returning wildlife, Reber Woods is not open to the public.

Annually, Red-tail Land Conservancy hosts a volunteer tree planting event to engage the community in conservation and wildlife habitat restoration. By this May, more than 1,200 trees will have been planted in the fallow field which was once a wetland forest. Volunteer opportunities to restore this and other local forests can be found at www.ForTheLand.org.

RED-TAIL LAND CONSERVANCY: Red-tail Land Conservancy is a 501(c)3 nonprofit organization that protects and connects habitats where wildlife and people thrive. By permanently preserving and restoring forests, prairies, and wetlands, Red-tail Land Conservancy plans for a future where the natural beauty of east central Indiana will exist for generations to come. www.ForTheLand.org

ABOUT AMERICAN ELECTRIC POWER: American Electric Power, based in Columbus, Ohio, is powering a cleaner, brighter energy future for its customers and communities. AEP’s approximately 16,700 employees operate and maintain the nation’s largest electricity transmission system and more than 224,000 miles of distribution lines to safely deliver reliable and affordable power to 5.5 million regulated customers in 11 states. AEP also is one of the nation’s largest electricity producers with approximately 31,000 megawatts of diverse generating capacity, including more than 5,900 megawatts of renewable energy. The company’s plans include growing its renewable generation portfolio to approximately 50% of total capacity by 2030. AEP is on track to reach an 80% reduction in carbon dioxide emissions from 2000 levels by 2030 and has committed to achieving net zero by 2050. AEP is recognized consistently for its focus on sustainability, community engagement, and diversity, equity and inclusion. AEP’s family of companies includes utilities AEP Ohio, AEP Texas, Appalachian Power (in Virginia and West Virginia), AEP Appalachian Power (in Tennessee), Indiana Michigan Power, Kentucky Power, Public Service Company of Oklahoma, and Southwestern Electric Power Company (in Arkansas, Louisiana, east Texas and the Texas Panhandle). AEP also owns AEP Energy, which provides innovative competitive energy solutions nationwide. For more information, visit aep.com. 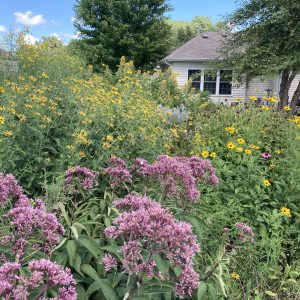 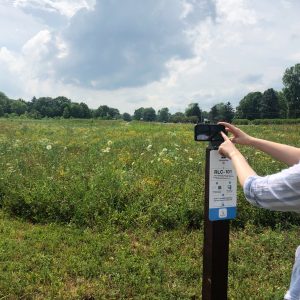 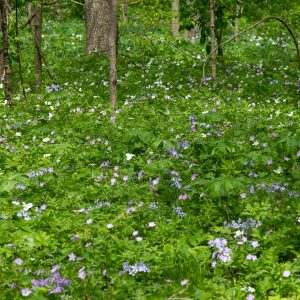 Wildflower Celebration is a brilliant display of spring and nature