The Twelve Days of Christmas: Remix! 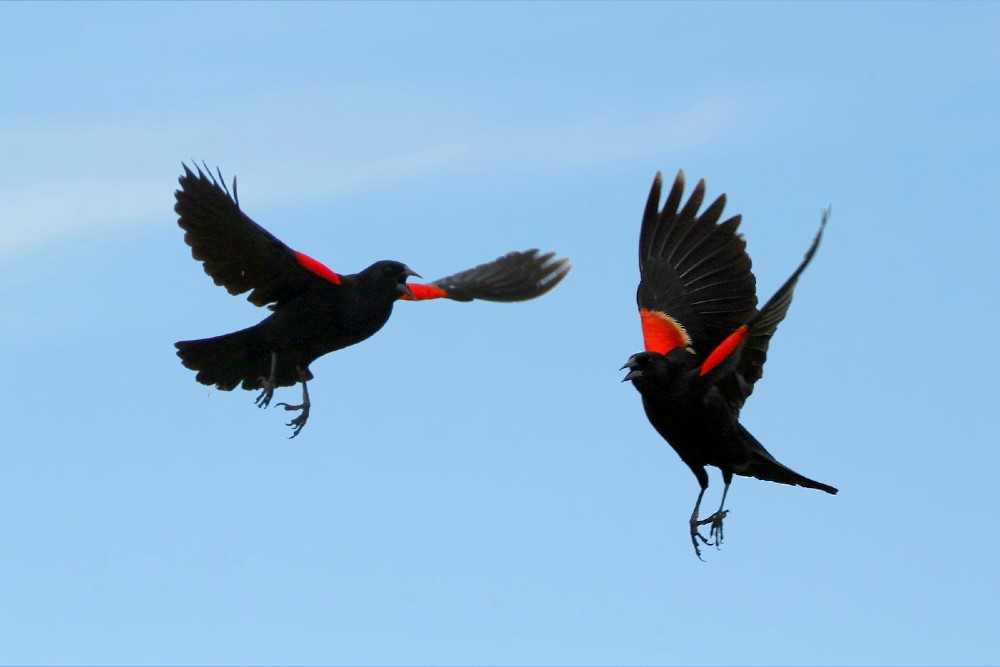 The “Twelve Days of Christmas” is an English Christmas carol first published in 1780 in a children’s book, “Mirth Without Mischief.” With England as its origin, it makes sense that the birds featured in the song are common to Europe.

Since then, this carol has made it across the Atlantic to grace our radio waves. Let’s explore together an alternate version that celebrates our native North American wildlife. “On the first day of Christmas, my true love gave to me…”

A Partridge in a Pear Tree

Partridges are in the pheasant family. They are native to Europe, Asia, and Africa. The gray partridge was brought to North America in the 1970s as a game bird. There are reports of partridges mentioned in the 1800s, but those were likely because grouse and quail, both look-alikes native to North America, were not common terminology at the time.

It should also be noted that pear trees are not native to the United States either. They are invasive trees in many regions. Instead of a “partridge in a pear tree,” it would be better to see “a quail in a persimmon tree.”

The song waxes poetic about European turtle doves, a strongly migratory bird. Its range is anywhere from Iceland to Asia and Africa. Starting in 1990, there have been rare sightings along the United States east coast.

A North American native counterpart is the mourning dove, also called a turtle dove. Mourning doves are found widely in America and Canada. They are considered locally migratory, traveling within 150 miles of their birthplace.

Why “French” hens? Because when the rhyme was created, roosters and hens were a delicacy imported from France. These birds are gifts from a true love, remember? The chickens we are familiar with today were transported worldwide as a convenient protein source.

There are two “chickens” native to North America, the greater and lesser prairie-chicken. These Great Plains’ bird populations have declined to near extinction over the past 100 years. This is mainly due to habitat loss as the diverse grasses they use for food were converted into farmland.

The original poem referred to four “colly” birds, blackbirds. A common native species of blackbird we see in the eastern United States is the red-winged blackbird. The males are easy to spot with their red shoulder patch in contrast to sleek black feathers. As they sing and call out to potential mates, they spread their wings and puff up the brightly colored shoulder patches.

This lyric is in the middle of the bird section of the song. Maybe the gift-giver thinks their true love needs a break from the flapping and pecking? Or, maybe it referred to ring-necked pheasants which were introduced to Europe from China in the Middle Ages.

For our purposes, let’s consider the gift to be a ring-necked duck, a North American native. The males are shiny black and gray with white wings and two white rings around their bill. Despite the high contrast rings on the bill, the ring-necked duck is named after the subtle chestnut color ring at the base of its neck.

The ancestor of domestic geese is the greylag goose. It was first domesticated in Ancient Egypt, about 3,000 years ago.

There are many examples of geese native to North America. One we see often and sometimes consider a nuisance is the Canada goose. But the closest in appearance to the greylag is a snow goose. They can be nearly all white with black wing tips.

The stately mute swan is associated with nobility in the United Kingdom. Even today, the unmarked mute swan is property of the Crown. They are not allowed to be domesticated and must have the freedom to swim wherever they like.

While mute swans exist in North America, they are an imported species. The trumpeter swan and tundra swan are both native. They all look exceedingly similar with differences primarily in their bill shape and color.

It seems like after gifting 28 birds, the “true love” from this song decided enough was enough. Or, more likely, someone pointed out that giving someone wild birds is irresponsible and cruel—to the animals and the recipient.

The next time this classic carol comes on the radio, try out the new lyrics and celebrate our North American native birds. “On the seventh day of Christmas, my true love gave to me…”