‘Tis the Season to Celebrate Bats! 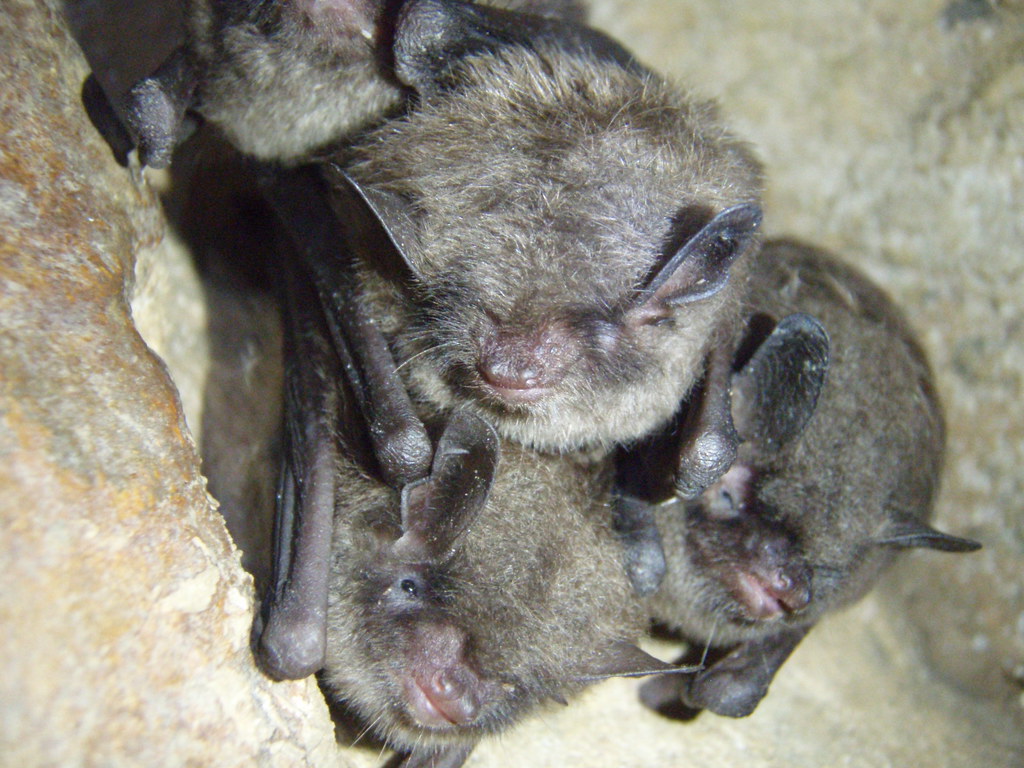 I know it’s October; the days are getting shorter and the store aisles are full of candy for trick-or-treaters. Jack-o-lanterns, ghosts, and skeletons decorate porches and windows.  Ghoulish decorations may be the symbol of the season, but it’s the bat who should be the headliner for this holiday. Without bats, chocolate candy, pumpkins, and apple cider would be in short supply.

Bats are essential for many of the foods we eat, not just candy, but healthy foods too. They protect crops around the world by eating tons of insects. Some of the insects can spread diseases to livestock and humans. Almonds, apples, corn, dates, strawberries, chocolate, coffee, and hops are all protected by bats.

Some bats around the world feed on nectar and are critical pollinators. Over 500 plants rely at least partially on bats to pollinate their flowers. Their night-blooming flowers draw the bats to taste their nectar. The bats carry the pollen on their furry faces. As they move from flower to flower sipping nectar, they pollinate the next flower they visit. Bats pollinate avocados, vanilla, papaya, and agave.

In the tropics, many bats eat fruit. As they eat the fruit, they either spit out seeds or the seeds pass through and are dropped. Fruit-eating bats spread fig, mango, and banana trees. Bats disperse many trees critical for the new growth in rainforests. As climate change warriors, bats may be responsible for regenerating rainforests.

Bat numbers are declining around the world. In Indiana, the gray bat, Indiana bat, little brown bat, and northern long-eared bat are all either threatened, endangered, or of special concern. A fungus known as white-nose syndrome is a serious threat to bats. Increasing pesticide use and habitat degradation are also causing problems for our local bats.

Bats need to eat a variety of insects to survive. When invasive plants like garlic mustard, bush honeysuckle, and autumn olive get established into the woods, they spread rapidly and crowd out native plants. Native plants are needed to support the wide range of insects that make up a healthy bat’s diet.

International Bat Week is the last week of October. It is an annual celebration designed to raise awareness of the need for bat conservation. Join Red-tail Land Conservancy on Saturday, October 23 from 10am-12pm at Munsee Woods as we “pull for bats.” Dr. Tim Carter, Professor of Biology at Ball State University, will talk about bats and bring his two live bat ambassadors, Petunia and Chocolate. After the discussion, we will work to pull invasive plants from the nature preserve.

You should not approach bats in the wild. This event is an opportunity to see live bats in a safe environment and join the efforts to improve and expand their habitat in Indiana.

Dress for working in the woods, wear long pants, long-sleeved shirts, and sturdy shoes. We will provide direction, tools, and gloves. Munsee Woods is located at 5701 S County Road 475 E, Selma, Indiana 47383. Registration is recommended, but not required. More information can be found at www.ForTheLand.org/Events.