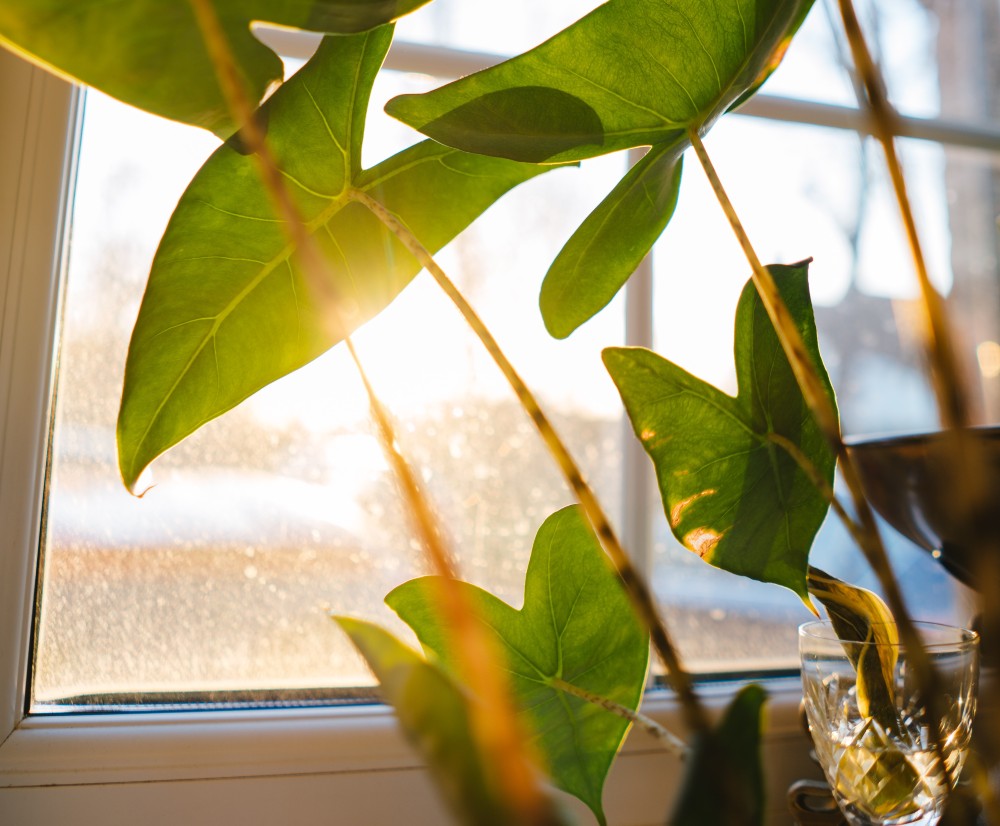 The gray skies of winter lay shadows across the bare limbs of trees.

There is a certain tranquility that comes with winter, sure, but the yard that once held vibrancy now fades to a monochromatic color scheme from the grayscale skies. Suddenly, a brightness fills your home and pulls you toward the window to look outside. The sun! Sunshine once again pops the earthy colors of the winter landscape, a welcome burst of flamboyance.

As you enjoy the sunshine through a cloudy day, you look down to the houseplant in your window. With a heavy lean toward the glass, it appears the plant too welcomes the sun, and grows toward it with tilted leaves. An observation you’ve made before, but never bothered to ask, “why?”  Do all plants adjust towards the sun? Can plants move in other ways?

Though often not as overt as animals, plants are able to adapt and adjust to their changing environments. While most animals can walk, fly, swim, or otherwise move from place to place when environmental pressures become unfavorable, plants generally do not have such a luxury. Instead, they adjust to environmental pressures–like sunlight intensity, gravity, and touch–in a process referred to as tropism. Simply put, tropism is the physical growth and movement of plants in response to their environment.

There are many forms of tropism, most of which you directly observe without realizing it. The leaning of plants towards sunlight (phototropism), the growth of roots downward into the soil (gravitropism), or even the wrapping of grape vine tendrils around your garden trellis (thigmotropism) are all forms of plants adjusting to their environment.

One example of tropism in a Midwest native plant that deserves particular appreciation is that of the Walking Fern (Asplenium spp.). Growing commonly on moist limestone outcroppings, the walking fern is relatively small and discrete. This fern’s leaves, known as fronds, are long and lance-like, stretching out in an arch before touching onto the ground. These fronds not only serve as an identifying feature, but also as a means of vegetative reproduction aided by tropism.

Complex processes happen all the time in nature right before our eyes. Understanding the world around you does not come from natural aptitude, but rather from natural curiosity. Though you may have seen a plant lean towards the sun, or grape vines twist their way up a structure, perhaps it was not until now you began to ask, “why?”

Sometimes the simplest line of questioning and intrigue can produce a world of knowledge and passion. So get out, observe tropism, ask questions in nature, and discover an understanding about something you have maybe seen your whole life.

Jake Gamble is the Stewardship Coordinator for Red-tail Land Conservancy. Impassioned by land conservation, he strives to protect and preserve the natural quality of Indiana while inspiring others to do the same.