The masked bandit who stole our hearts (and leftovers) 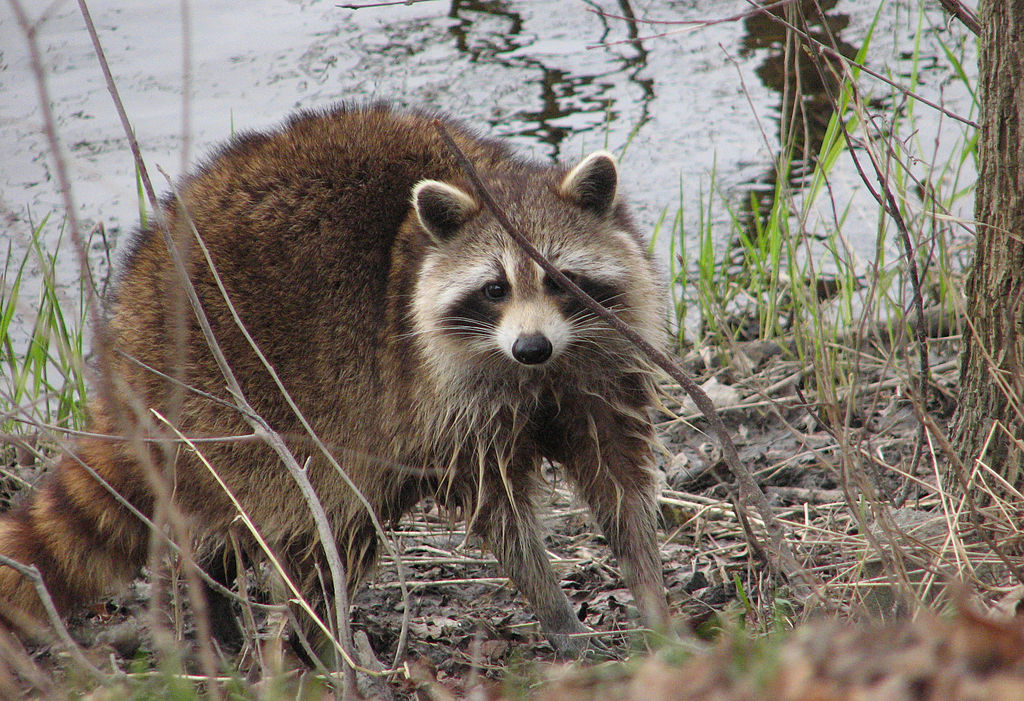 Our relationship with raccoons has varied through time. They have been cherished companions, dinner’s main course, extravagant exports, neighborhood rascals, and an intrigue in wildlife sciences.

Instead of considering them masked bandits that rifle through trash cans, think instead of masked superheroes of adaptation and survival.

Raccoons (Procyon lotor) have some of the most dexterous hands found in nature. Cultures throughout time have noticed the forepaws’ unique gasping and touching capabilities. The Powhatan people’s name for raccoons is “aroughcun,” meaning “animal that scratches with its hands.” Their Spanish name is “mapache,” derived from the Aztec word, “mapachilti” or “one who takes everything in its hands.”

The high use of their forepaws is noticeable because touch is the primary sense raccoons use to find food. The nerve endings in their hands are four times more sensitive than their hind feet. Their fingertips become increasingly sensitive when wet. When it looks like a raccoon is washing its food in water, it is not about cleanliness. The extra moisture helps them figure out if they want to eat what is in their hands. Raccoons’ Latin name “lotor” translates to “washer.”

Racoons are also called bandits because of the black mask of fur surrounding their eyes. The mask is not to look menacing, but to help them see more clearly. Much like the black stripes athletes place under their eyes during sporting events, the dark fur absorbs light and reduces glare. Because raccoons are mostly active at night, this is helpful for recognizing prey and avoiding predators. The distinctive masked fur was a popular export of North America to Europe soon after the arrival of European settlers.

This wildlife are opportunistic omnivores, meaning they eat whenever and whatever is convenient. Their diet includes insects, eggs, birds, mice as well as fruits and nuts. The food waste that is in our trash cans or pet food set out for our domestic animals is easy foraging though not nearly as nutritious and healthy as their natural diet.

When it comes to finding food, raccoons are ingenious problem solvers. In the 1900s, an ethologist named H.B. Davis ran an experiment to study this behavior. He gave 12 raccoons a series of locks to overcome before reaching a treat. The mechanisms included latches, hooks, bolts, buttons, and levers. Sometimes boxes had more than one lock. In the end, raccoons were able to solve 11 of the 13 locks.

A raccoon’s home is called a “den.” It can be anywhere small and dark like holes in trees or burrows. Because much of raccoons’ traditional habitat is now urban, they also live in abandoned buildings, vehicles, or anywhere dark and quiet. Though, wooded areas with minimal disturbance is the best habitat for them to thrive.

In the wild, a raccoon lives 2-3 years. But in captivity, they can live up to 20 years. There is a history of raccoons as beloved pets. President Calvin Coolidge rescued a raccoon that was going to be served with dinner. Eating raccoon meat was not unusual in the 1920s. The adopted raccoon was named Rebecca and joined President Coolidge on walks around the White House.

In the 1970s, there was a popular Japanese cartoon called “Rascal the Racoon.” In response, racoons began climbing in popularity as pets. At its peak, Japan was importing 1,500 of them a month. However, like many wildlife turned pets, raccoons were released into the wild when they became too big. They can be found in almost all areas of the island country.

A raccoon’s ability to thrive in many environments, including the urban areas we created, is impressive. As their neighbors, we can work to secure our trash cans and pet food. That will drive them to eat a more traditional diet of wild plants and animals. And, preserving forested areas gives them the best chance to lead a healthy life.

Whether you call a raccoon a bandit, friend, washer, or the increasingly popular “trash panda,” take a moment to appreciate a prime example of resilience in an ever-changing world.