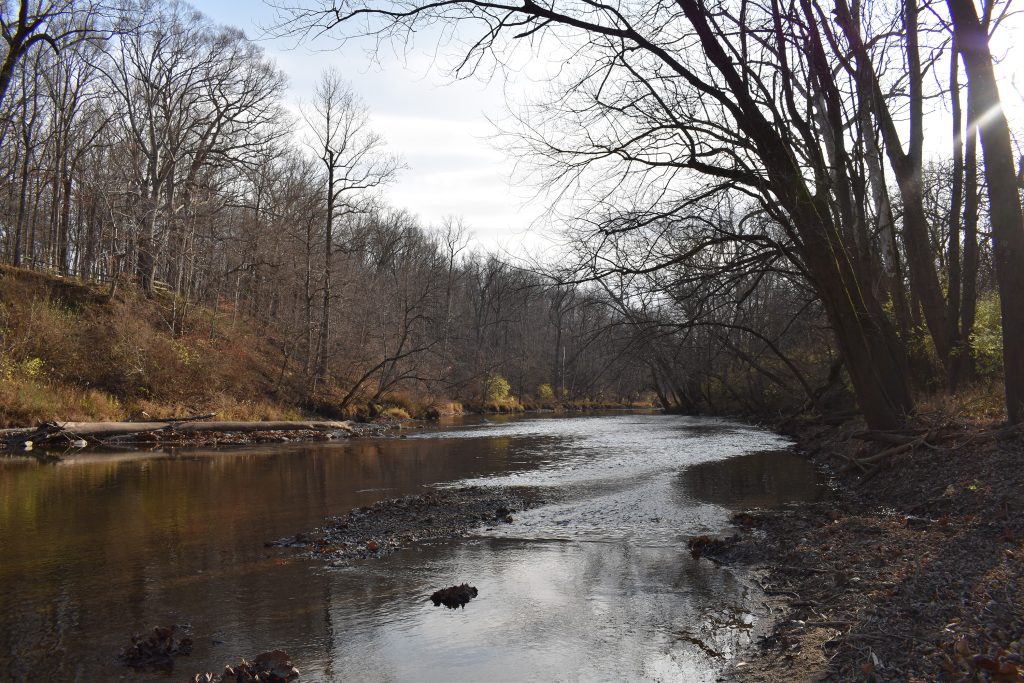 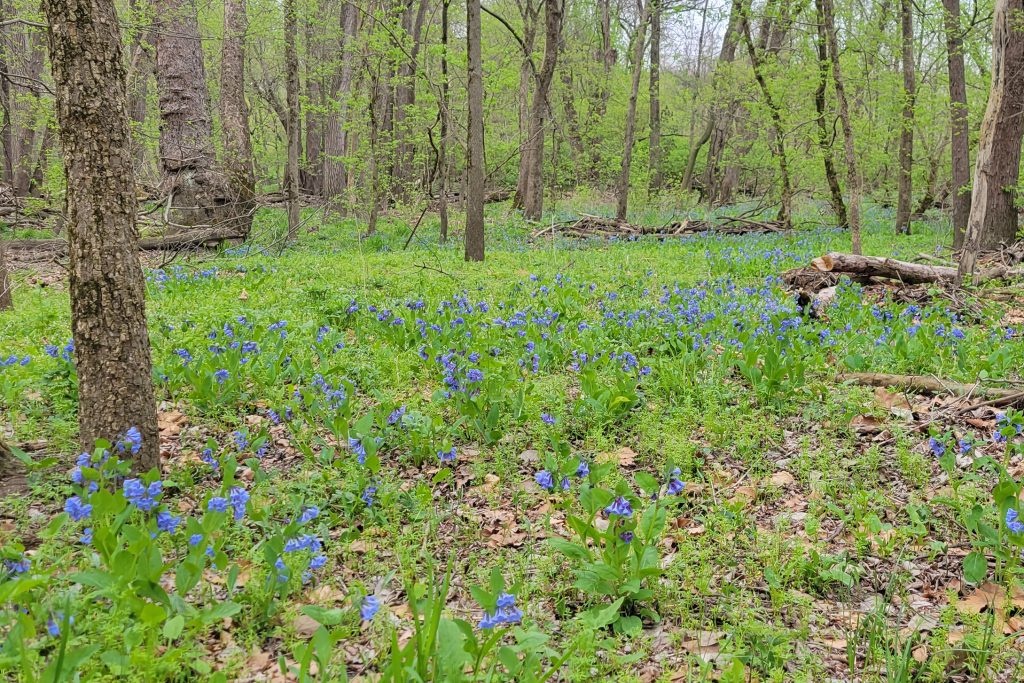 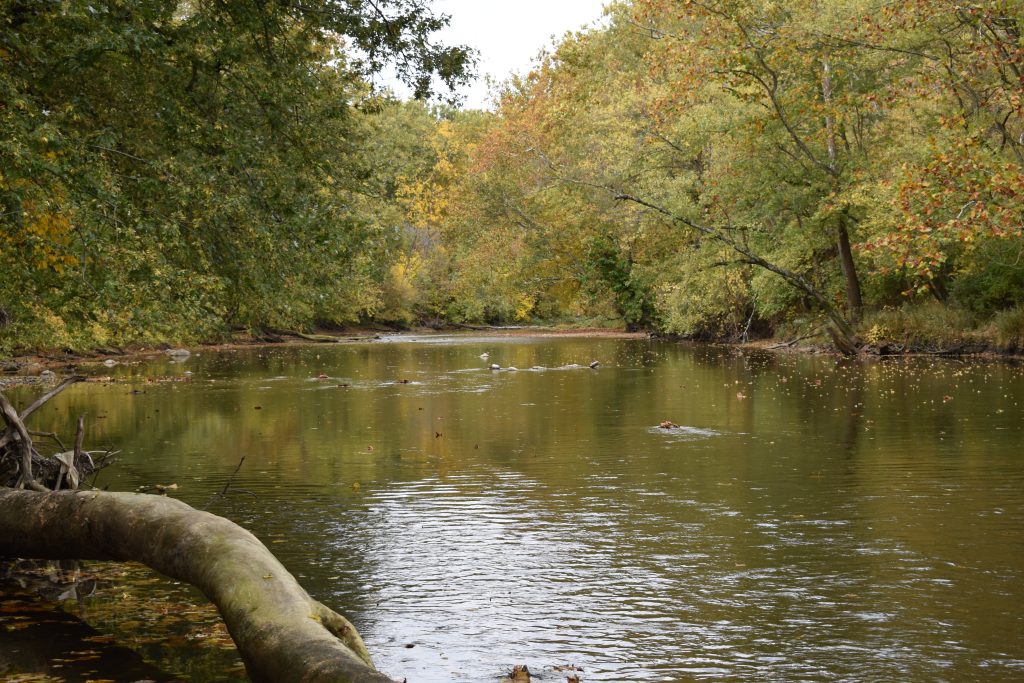 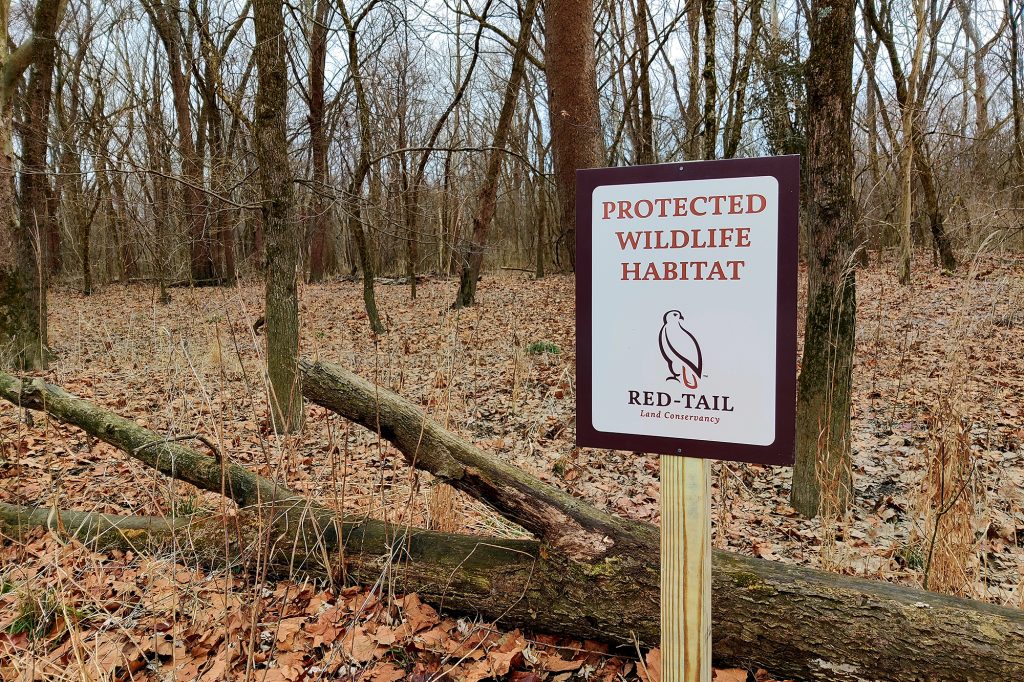 Established in January 2021, Hidden Canal Nature Preserve is a 50-acre forest located in Anderson, IN along the White River across from Mounds State Park. The land is primarily a wooded area that is home to many different types of wildlife like woodpeckers, great blue herons, deer, turkey and river otters.

With the protection of this land, animals will not need to cross through neighborhoods and urban areas to search for food and shelter where they can potentially have harmful interactions with humans and manmade structures, like roads. It also creates a safe, buffered passage for migratory birds and fish.

Within the nature preserve is a remnant of the Hydraulic Canal that was constructed in the 1870s. The canal was uniquely engineered using the natural ridge which lines the property. Though initially a promising design which would revolutionize Anderson’s milling industry, the construction failed before the canal was ever put into use. Even heavily eroded, the canal’s central channel can still be seen in the preserve. Click HERE to learn more about the Hydraulic Canal

Red-tail Land Conservancy would like to thank Mary Bookwalter, Andrew and Sharon Seager and Mike and Linda Smart for their generous donations to establish Hidden Canal Nature Preserve.

Accessibility: Closed to the public for ecological restoration